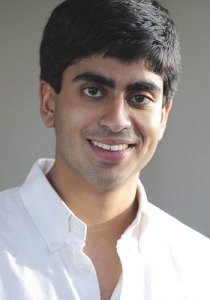 “American Idol” fans across the U.S are excited about Anoop Desai’s newest album, “3 Cheers”.  Desai was sixth runner up on the show a few years ago, and since then, has been touring the country.  Best of Baltimore Blog was able to snag an exclusive interview with Desai awhile back, before his newest studio album landed November 20th!

Q& A with Anoop Desai

Best of Baltimore Blog: What made you want to be a musician?

Anoop Desai:  I’ve always had a love for music, ever since middle school. I feel like when you start at a young age, your love for music grows. I feel lucky to do it professionally now.

Best of Baltimore Blog:  So you were 6th runner up for American Idol? Tell us more about those experiences?

Anoop Desai: It’s what people expect it to be:You perform in front of millions of people. Generally, it was an amazing experience. You don’t realize how big it is until you are a part of it.

Best BB: What’s your cultural background? Has your culture hindered or propelled your career choices?

AD: I’m Indian . I was fortunate enough to be raised to do what I love to do and to have a supportive family. I felt my parents support and the support of other Indians/ South Asians around the world. We’re entering a generation where we are starting to see more Indian Americans in music. It’s often a stigma with my ethnicity that we don’t have to be lawyers/ doctors.

Best  BB:  Tell us more about your new album?

AD:  New record is called 3 Cheers. ADHD is contributing to it and I wrote each song about being young until I reached college. Some people have their quarter life crisis by then. As a whole, it’s also about finding love, having fun and heartache. It only has 5 songs but it does have a lot of energy and it’s also a departure from what I did.

Best  BB: How is your new album different from your past work?

AD: It’s a better album due to the consistency, approach and the way the themes are tacked on. I’m so influenced by pop and electric music that it molds these songs into something so unique that it will surprise people.

Best BB:  What has influenced your musical style?

AD: Everything you listen to! I grew up on pop music on the radio, early R & B. When I am in my car now, I listen to country and Hip Hop. Electric and Pop succinctly sums up an emotion to me and it’s something I try to mold into my music. I guess it’s my hallmark. I also listen to a lot of Oasis, Ne Yo, and Michael Jackson. There’s just so much music out there that I also go on Spotify. It’s also about adapting and borrowing too.

Best of BB: Have you met Sanjaya?

AD: Yes, we’re all people and we all share an experience. We had to perform at the Bahamas due to an American Idol tour.

Best of BB: Future plans? Anything else?

AD: I want people to be engaged. Share music and come to the shows! You really need to come to a live show in order to experience the music. I’m also excited about the new year. Stay tune for future tour dates.