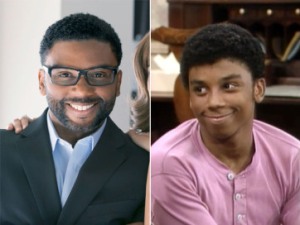 Whenever I think of actor Carl Anthony Payne,  I think of him playing cockroach on “The Cosby” show and playing Cole  Brown on Fox network’s “Martin”. Growing up, I thought he was hilarious on both shows! I also still miss “Martin”, remember when Martin Lawrence played Shenenah? She was my favorite character, so hilarious.

Anyways, Carl Anthony Payne has been very busy lately. Aside from hosting the UniverSOUL circus in the D.C area last year, he was also selected to play the enigmatic LA Reid for the new VH1 movie on TLC’s life. What an honor! Ofcourse, Payne was a great choice since he is a seasoned actor in the field.

Best of Baltimore’s website was honored to have had an exclusive interview with Carl Anthony Payne over his new role and over his future projects. Check it out!

Sherryn: What role do you play in the new TLC biopic?

Sherryn: What kind of relationship does LA Reid have with the members of TLC?

Carl: LA Reid, along with his wife Pebbles, was responsible for the launch of TLC’s careers. He was the driving force behind the group. Pebbles brought TLC  to him, pretty much. Did you also know that Pebbles is responsible for Usher, Babyface and even Bobby Brown’s career. As a matter of fact, LA Reid was brought in as a judge on X-Factor too. He’s an amazing music mogul.

Sherryn: So you went to school in Howard University? Do you frequent the DMV often?

Carl:  The best spot for me is down by the water since the harbor is my favorite spot. The restaurants are cool down there too.

Sherryn: Do you still get recognized for your role as Theo’s best friend from “The Cosby Show”?

Carl: Everywhere I go! Since I did another show which is in syndication. Some recognize me from both or the other. It’s generational now, the gap is very wide. You can be 7 years old or even 60 and still recognize me from the show. Since they are both good shows, it’s  the best experience.

Sherryn: Do you still keep in touche with Castmates from Martin?

Carl: Yeah! Tischina and Tommy. Tommy is a really, really good friend to me. He’s like a brother to me.

Carl:  For the record, I LOVE the DMV! When I was there, I had the most fun there! I appreciate the continual support from the area.  I also want to add that Hollywood is always changing and that people who are inspired to act should go out there. I also want to add that the TV we watch today is not what it used to be back then. We had quality shows that were inspiring, clean and made with effort. Now, most programs carry reality shows like “Real House Wives of New Jersey” and that doesn’t define reality. My goal and mission is to define reality by putting back quality TV. Shows like “Martin” and “The Cosby Show” are quality shows and that’s what we don’t have out there.

Sherryn: Good point, I can see how reality TV takes over airtime.  Do you use social media? I know a lot of fans want to connect with you!

Carl: Yes, I have a Twitter @TheCarlPayne and I Instagram @The Real Carl Payne. If you must know, I actually hate social media. It’s so silly to me and I mean, I get it. However, I don’t think it’s good or even a necessity for a lot of different reasons.