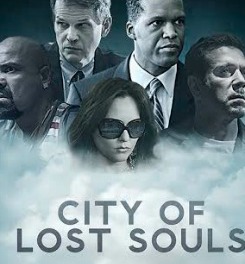 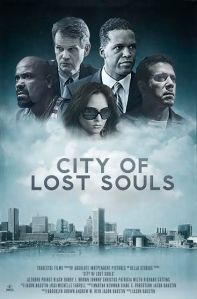 City of Lost Souls, directed and written by acclaimed Maryland artist Jason Baustin, made headlines in November. His thirty- minute feature film premiered at the AFI theater and amassed notable attention. In fact, the Montgomery County Gazette even highlighted notable experiences from the film.

In City of Lost Souls, Assistant State’s Attorney Roger Kenfield is determined to eradicate crime in his city, while ex-con Mikey Wallace just wants to stay out of trouble upon his release from prison. As they work toward these goals, both men encounter stumbling blocks that seem to expose their true nature. The drama reveals how, under certain circumstances, anyone can change…for good or bad.

This film may embrace the grit of Baltimore but several scenes are actually filmed in Montgomery and Charles County. Baustin is well known for using Maryland has a backdrop in his previous films such as Change is Coming (2009), and Gone Forever(2011). 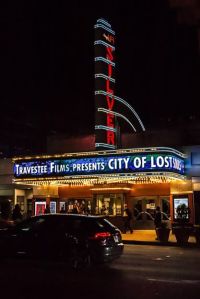 Baustin’s passion for film was ignited when he took film classes in American University. After he graduated, and landed a job writing web content for Discovery Communications, he has been producing and directing films in the Silver Spring area. His prolific work sparked attention in the previously dormant movie industry of the D.C/Maryland area and has spotlighted notable Maryland actors such as Waldorf’s Johnny Christos and Bobby J. Brown.

After working at Discovery Communications, Baustin left to found and run Travestee Films, which is an innovative production company focused on creating high-quality films for the web, home video and theaters.

Best of Baltimore Blog was fortunate to have had both a private screening of this gem of a film and an exclusive interview with Baustin, himself. Check out both my thoughts on this stellar movie and what Baustin has been up.

Baustin’s full length directorial debut was stellar. The character study on the Attorney General and the felon painted several, emotional layers. For anyone who has gone through a crisis of conscience, this is a great film for you. The cinematography was clean and emphasized when a central character is trying to exude an unexpressed thought. There should be more movies like this that paint a more accurate portrayal of Baltimore. Not enough of that these days. 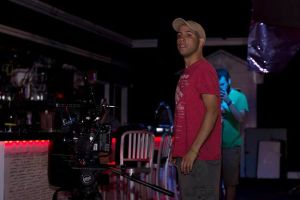 Sherryn: I noticed that some of your films seem to be about Baltimore, even your recent film City of Lost Souls takes place in Baltimore. Why?

Jason: This is the third film I’ve made that takes place in Baltimore. I started filming there because most of my cast and crew lived there. But the more I visited Baltimore, the more it became a place I wanted to film. The city has a cinematic look and feel and is quite filmmaker friendly.

Sherryn: I also noticed that several indie directors use crowdsourcing platforms to raise capital for their feature length films. Have you ever considered going down that route?

Jason: Yes I agree crowd-funding is all the rage right now, but it seems we are getting inundated with campaigns and there are too many people asking for money. I will probably stick to raising funds privately. 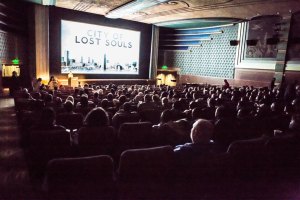 Sherryn: Also, how was your movie premier? It’s awesome it premiered in AFI in downtown Silver Spring, Md.

Jason: It was a fantastic experience, about 300 people attended the premiere. It was great to see the film with an audience and get their feedback afterwards. It was also nice to hang out with the cast and crew.

Sherryn: Tell us more about the plot. How did you come up with this idea and what do you think audience goers will gain from this film?

Jason: So the idea for the film came about a year ago, I became interested in the criminal justice system and what drives the law enforcers and law breakers. From there I developed the story and characters, and hired two other writers to help me. I think the audience will see how the characters’ decisions reveal their true nature and also showcase the notion that anyone is capable of change.

Sherryn: What should we know about the relationship between the ex-con and with the Assistant State’s Attorney?

Jason: The ex-con (Bobby J. Brown) and the Assistant State’s Attorney (Altorro Prince Black) are on opposite journeys and in the end they meet for the first time. One is trying to stay out of trouble and the other wants to rid the city of crime. We see how their personal relationships affect their motivations and goals.

Sherryn: What makes this film different yet more intriguing than other films about Baltimore?

Jason: I’m not going to say my film is better than other Baltimore films. But I did try to create an original and compelling film that shows the underbelly of Baltimore.

Sherryn: Since I always love your work! What else are you planning up your sleeve in the future?

Jason: So the big news is that I’m moving to LA at the end of the month! I’d like to do a sci-fi short film over the summer.

Sherryn: For fans of your work, how can we stay in contact with you? Do you Facebook?